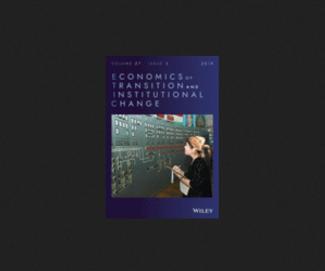 The economics of the Syrian refugee crisis in neighbouring countries: The case of Lebanon

In  this  article,  we  investigate  the  effects  of  a  massive  dis-placement  of  workers  from  a  war‐torn  economy  on  the economy  of  a  neighbouring  country.  Applying  a  general  equilibrium approach to the Lebanese economy, we explore effects from various components of the crisis on the labour market, the production apparatus and macroeconomic indi-cators. Along with previous literature, our findings suggest limited  or  no  adverse  effects  on  high‐skilled  native  work-ers, but a negative impact on the most vulnerable Lebanese workers. When aid takes the form of investment subsidies, significantly  better  growth  and  labour  market  prospects  arise, recalling the necessity of complementing humanitarian aid with development aid to succeed in achieving long‐term objectives. This may however not be politically viable in a context where refugees are considered as temporary.